Not that I give a fu*k. It has never been my intention to antagonise except where I have been antagonised. (This doesn't apply to Mr Anthony to whom, for reasons only known to me, I am eternally grateful.)

My posting "style" is a mix of me and a mix of "marketing" technique to draw attention. I don't think either of those can be questioned.

It is my aim to draw attention and divide Nancy Boys from Numpties. Numpties is simply my humourous "phrase" for "newbs".

My intention has always been to help numpties. The reason for this is because it started to materialise that that is what I was doing in response to requests for help. It has now become my
hobby, just like MA likes go-karting and flower arranging.

There is no doubt that I have been very succesful in helping numpties. (remember "numpty" is my word for "newbie"). I have helped many numpties gain a sense of direction. I have given many numpties thought provoking ideas and suggestions.

Without these tips, methods and ideas (call them what you will) some of these numpties would still be where they were before I gave them them: going round in circles.

Sure the (a4u) mods are volunteers and sure they do a great job and I do respect that. Sh*t I tried to tone it down! It seems that writing in my own way, a way that is truly reflective of my character, my thoughts and my objectives, is not acceptable.

The column width crap! Give me a f**** break guys. Some geek calls it "Rich jerk Persona Whatever" cr*p. I do it BECAUSE I LIKE TO DO IT AND it's easier to read when you are posting a fair amount in one thread. Sh*t if everyone started doing it I could understand the mods and Sir Matthew flagging it up.

I have brought value to the forum. I think even one of the posts in THE thread backs me up, maybe it's even two.

It's not rocket science, if you are already fairly well established DON'T read my A4U posts. My posts are aimed at helping numpties, the stuff is basic beginners sh*t (that just happens to line my pockets with cash, and will hopefully line theirs). The guys who have a problem here are the guys who already do ok.

They are JEALLOUS of me. Simple as that.

At least I've taken out the time (and a lot of it) to F****G HELP People in a way over an above what is normal.

If getting their attention and giving them sound advice and ideas works better from the odd expletive and narrow columns who GAF?

Do I bring humour to an otherwise humourless forum? Do I help people? Do I spend 2 days a week helping people for FREE? As f**** Churchill says.....
Posted by Affi Liate at 11:46

Easy Money Tip Of The Day

I've decided that over the next couple of months I'm going to give you some cool tips on money-making niches that I guess you never even thought of.

Over the weekend I was a guest at the Russia Winter Festival in London and got to brush shoulders with the likes of Ken Livingston - who just happened to be a hero of mine in the early 80's when I was a spring chicken. Anyhows...

At the "gig" I met this Russian bird called Svetlana who aside from being the 72nd best looking chick I have ever met also took an interest in what I "did". I think the new Murcielago went some ways but whatever I'm still a good looking and ultra charming SOAB.

After a while she started annoying me with lot's of questions so I thought f*** it I'll use an example that will shut her up. Bad move.

I asked her what was literally the last thing she had bought hoping it would be something stupid like a f***ing Chiwawa and I could say"ah yes, I could make money from Chiwawa's, simply shoot over to Budapest buy a shit load for £150 each, get them chipped and vaccinated, shove them on the back seat of the Murc', drive over to Switzerland and sell them to a man I know called Mario for £1500 each".

What did she say?

Anyhow. The point is I can make money from ANYTHING and I thought it would cut out more of your annoying emails if I give you some ideas on what to actually promote.

So I'll knock some old cr*p together that will give the really directionless ones amongst you some DIRECTION.

So here's what I'll do. When I can be bothered I'll do an article on how EASY it is to make money from selling FERRY TICKETS through affiliate links. Had you ever thought of that before? Had you f**k!

For now here's some general sh*t on the subject...

We live on a f**kin Island surrounded by water and you have NEVER thought for one second that every day THOUSANDS of people buy ferry tickets online.

This is a MASSIVE cash spewing UNDERPROMOTED niche sector. Especially organic SEO wise. Free traffic from this niche is a f**ing doddle.

P&O Ferries (TradeDoubler) pay about 4%.The average booking price from Portsmouth to Bilbao in summer is over a GRAND.

The average price from Hull to Rotterdam is over £500.

The average price from Dover to Calais in Summer will be about £200 and THIS is a VERY busy route.

Write some sh*t about the port of Dover, Portsmouth, Hull, Rotterdam, Bilbao, whatever.

Include the keywords (using my) SEO tips in the recent article. Look at the BIG keyword search volumes for "Ferry", "Cheap ferry" "ferry to france" whatever.

DON'T use generic terms like these but rather "Cheap ferry from Dover" etc. "Cheap" is the key here to getting traffic partnered with specific destinations or departure ports.

Make sure you only do [EXACT MATCH] on specific phrases if you do my minimum bid PPC stuff.

Then do the same for SeaFrance on the Dover Calais route (DGM Pro network).

Also look at Condor Ferries (also DGM). These f**kers have a monopoly on the FAST* crossings to Brittany and the Channel islands. Their prices are nothing short of bank loan material so £50 commission can be a stroll in the park. * = keyword clue.

Eurotunnel had a program last time I looked, think it's on AffiliNet. Either way we live on a f**ing island and the only way off with a car is a f**king car ferry or a stupid train.

Another p**s easy one is DFDS Seaways on TD. They do the routes to Scandinavia from Harwich and Newcastle. Look at the DFDS ROUTES and include them as keywords.

Joe Public are booking Ferry tickets NOW for summer because come Summer the prices will be double.

Finally, you may not be aware of this but the UK now has a significant number of Polish sausage eating EU partners living here; last I heard it was around 3 million. More than the Paddies.

If you can do stuff fast, I'd be thinking aboutsha**ing some local Polish bird and doing a site in "Polish".

About half a million of the f**kers will be crossing the channel from Dover to Calais in Summer.

Knocking a site together - 2 days

There you go. A brief insight into the Wonderful World of Affi Liate and the strange ways in which he makes bucket loads.

Have a nice day.

PS. Don't forget valentines and the key to conversions being GUARANTEED DELIVERY WHEN YOU WANT IT.

PPS. Those who I told to get f**ked when you asked for software testimonials, DROP me a mail. I had second thoughts and some of the users (old and new) offered to answer any of your questions...They love me...
Posted by Affi Liate at 09:35 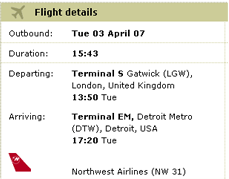 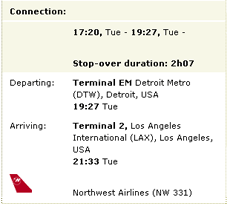